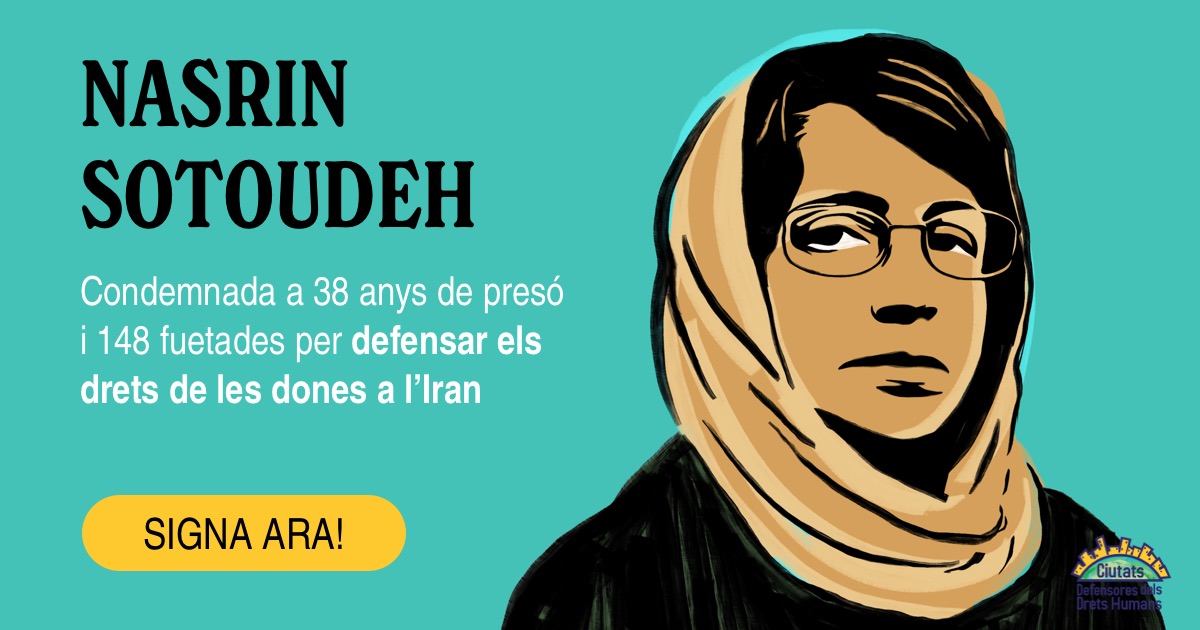 Nasrin Sotoudeh: Sentenced to 38 years in prison for defending women’s rights in Iran

Nasrin Sotoudeh is an Iranian lawyer, who is a referent in the fight for human rights within her country. She defends the human rights of women, kids, minorities, independent reporters, activists, and others.

Over the last couple of years she has  outstanded for her denouncement of the mandatory use of the hijab and for her support to the movement of women who reject it. Her commitment to collective rights and liberties has situated her in the spotlight of Iranian authorities, who have incarcerated her since June 2018, first in the Evin prison and currently in Qarchak.

Her sentence, announced in March 2019, has been interpreted by Amnesty International (AI) as a message directed to all the dissidence. She already had a previous 5-year sentence, and the new sentence that Sotoudeh received was an attempt to set an example: 38 years of seclusion and 148 lashings.

Sotoudeh, who had previously been incarcerated between 2010 and 2013, has already carried out several hunger strikes as a protest against, among other issues, the conditions lived in Iranian prisons. In her last imprisonment period between August and September 2020, she chose the situation generated in prisons within the Covid-19 situation as the focus of her denouncement, and she reclaimed the release of political prisoners.

The effort she undertook when carrying out a hunger strike for 46 days deteriorated her health to the extent of needing a medical permit that required a couple of weeks outside of prison to recover. Since the beginning of December 2020, the activist is once again incarcerated, even though she had been diagnosed with Covid-19 before she was jailed again.

The persecution against Sotoudeh and her family demonstrates a systematic pattern of repression against the liberty of speech, reunion and association. Amnesty International denounces, amongst other violations of rights, the use of lethal force to deal with protests – with hundreds of murders and thousands of arbitrary detentions– and the intense repression of the movement which fights against the mandatory use of the hijab.

In this context, the project Cities Defending Human Rights has started a campaign to collect signatures to raise the following demands to the government of the  Islamic Republic of Iran:

Cities Defending Human Rights is a project coordinated by the Catalan Fund for Development Cooperation and managed by the Catalan Commission for Refugees with the participation of 27 city councils and 9 catalan organizations and institutions involved in the defense and promotion of human rights locally and globally. Currently, it is launching multiple campaigns to request the liberty of Human Rights defenders around the world, amongst which Nasrin Sotoudeh.

Do you want to support other activists who have been unjustly deprived of their liberty? Learn about their stories and sign their petitions