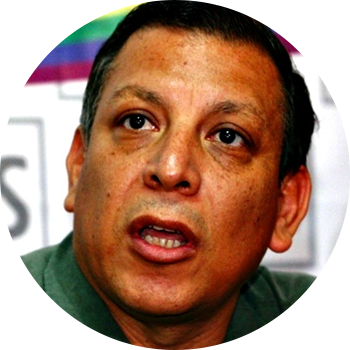 Peruvian environmental activist. He created the “Grupo de Formación e Intervención para el Desarrollo Sostenible” (GRUFIDES), one of the most recognized institutions in the country in defense of the rights of communities. Because of its opposition to the mining project Conga in the Cajamarca region he has suffered threats and persecutions. In spring 2016, the Peruvian activist attended the general elections of his country.

During the legislature that has just begun, he will be the spokesman of his party, the Frente Amplio, in the Congress of the Republic. According to Arana, in June 2016, his training focuses on the fight against citizen insecurity and corruption, as well as on the promotion of tax reform. At the end of last year, the First Corporate Criminal Prosecutor of Chiclayo revoked the archive of the investigation for a crime of torture against Arana.