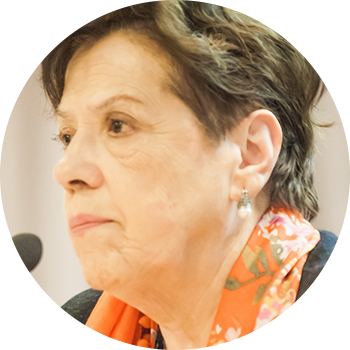 Buscarita Roa started her fight with the “Abueas de la Plaza de Mayo” after the great son of her seven children, José Poblete, was kidnapped in November 1978, along with his wife Gertrudis Hlaczkik and his daughter Claudia Victoria, who was 8 months old. Years of research and testimony led to the fact that, in 2000, Buscarita managed to reunite with her granddaughter and find out what happened with her son and his wife. Claudia was the first granddaughter who declared against her appeals in 2001 in an oral trial.