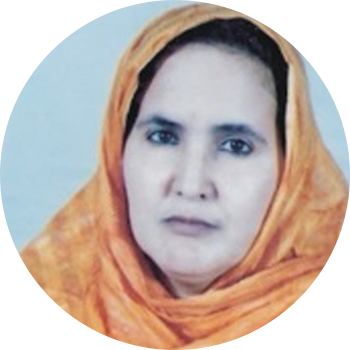 Right to self-determination.
Right to personal integrity and the prohibition of torture.
Saharawi Association of Victims of Serious Violations of Human Rights committed by the State of Morocco

She was born in Al-Aaiun in 1958. Activist and defender in favor of independence and the right to self-determination in Western Sahara. She has been 11 years in prison in secret prisons in Morocco, appearing as “missing” for her family and for the international community and suffering torture by the Moroccan security forces.

After ten years of administrative struggle, the Sahrawi Association of Victims of Serious Violations of Human Rights committed by the Moroccan State (ASVDH) was legalized in mid-2015. The entity, to which Idagja Lachgare is linked, is the first Saharan human rights organization officially recognized by Rabat. In May of 2016, the ASVDH was able to open a headquarters in Al-Aaiun.