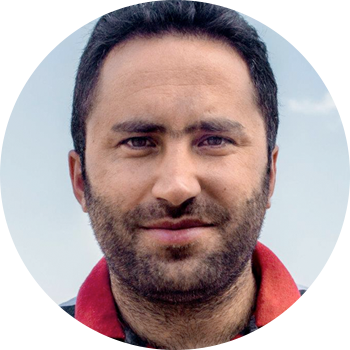 Issa Amro is a prominent human rights activist and founding member of numerous non-violent organizations working peacefully in Hebron against the Israeli occupation of the West Bank.

Among these organizations is the Hebron branch of the International Solidarity Movement (ISM), the Arab Network for Non-Violence, Youth against settlements and Defenders of Hebron.

He won the One World Media Award in 2009 for his participation in the project “ShootingBack” by B’Tselem, which provides training in media and distributes cameras to Palestinians to document settlers and military abuses.

The work of Issa Amro on these organizations, among others, allowed him to win the ACNUDH Award of the UN of Human Rights Defender of the Year in Palestine in 2010. On 29 February 2016, he was arrested after a manifestation in Hebron. The march commemorated the 1994 massacre in the Ibrahimi mosque, where an extremist Israeli settler killed 29 people and wounded more than 100. Issa Amro was arrested when he was speaking outside his house in front of members of Breaking the Silence, an organization comprised of Israeli military veterans working to publicize the situation in the Occupied Territories. He was released the next day, March 1.