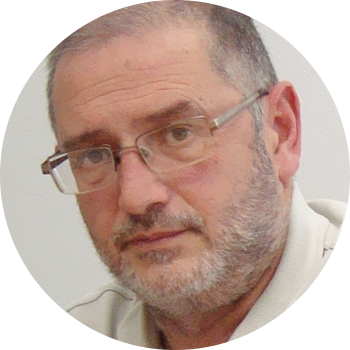 Right to Peace.
Right to Freedom of Expression.
Israeli committee against house demolitions.

eir Margalit was born in Argentina in 1952 and now lives in Jerusalem. He is one of the most unique voices in the peace movement in Israel since before emigrating Meir was part of a group of right-wing Zionist. He came to Israel in 1972 where he founded the settlement of Net Zarim, in the Gaza Strip, one of the most problematic settler enclaves in the Middle East. He participated in the Yom Kippur War where he was wounded. Thus began a turning point in his approaches “I understood that every ideology has its price, and I was not willing to pay the price of the conquest. Not worth dying for territories”.

Thirty years later, Meir is the coordinator of one of the most active pacifist groups of the Israeli dissent: The Israeli Committee Against House Demolitions, which was created in 1998.

He is in favor of the negotiation of the Palestinians and proposes to convert Jerusalem into the capital of the two Estates.

He continues to promote the construction of peace in Israel and Palestine. At the Van Leer Jerusalem Institute, leads the research group on planning and construction in East Jerusalem, which clearly defends the division of the city in two municipalities. Margalit is a member of the editorial board of the Palestine – Israel Journal of the Sinpermiso Spanish website. Through the latter, he warned earlier this year that the conflict between Israel and Palestine has fallen on media silence, engulfed by the crisis of refugees and the atrocities committed by the Islamic State.