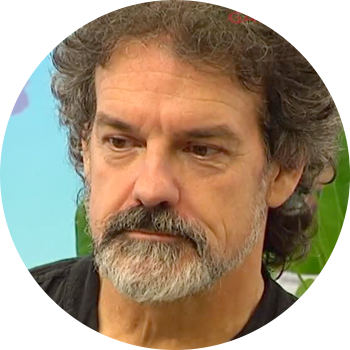 Txema Urquijo (Llodio, 1961) is a lawyer with a long history associated with the victims of terrorism and seeking peace scenarios in the Basque Country. and working in the field for over twenty years.

For many years he was a member of the “Coordinadora Gesto por la Paz” of Euskal Herria, of which he was a member of the Permanent Commission since 1988. In 2002 he joined the Basque Government as Director of Human Rights until October 2005. From February 2006 until December 2012 he was an advisor to the Management of Attention to Victims of Terrorism, and from February 2013 until April 2014 he held the position of Coordinator of the Victims Policy of the Basque Government.

The mayor of Madrid, Manuela Carmena, joined him in May 2016 to the Historical Memory Commissioner of the city. The Commissioner serves to advise municipal bodies and responsible public authorities for enforcing the law 52/2007, namely, the Law of historical memory. Urkijo, with extensive experience in human rights and peacebuilding, came to the agency a few weeks after its creation.