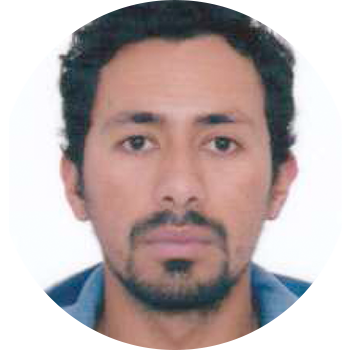 He is an active member of the Association Acción Colectiva de Objetores y Objetoras de Conciencia de Colòmbia, which is an organization made up of young men and women, which have in common the struggle for respect for freedom of conscience and the right to refuse direct and indirect participation in any military army and war.

The first Diego’s concerns in front of the issue, born because several close family members were directly involved in the military. This experience allowed him to live firsthand authoritarianism, patriarchy, and violence as an agent for organizing everyday relations. When he began his studies in sociology is when he established connections with specific aspects of this cultural context of militarism.

For six years he has been working with the anti-militarist movement in Bogota, mainly performing communication actions and nonviolent direct actions in the days of conscription, military parades (Independence Day) and participating in creative processes to intervene public spaces unconventional, promoting anti-militarism and youth rights from the exercise of conscientious objection.

The Colombian association “Acción Colectiva de Objetores y Objetoras de Conciencia” (ACOOC), which Diego Quiroga is a member of, has published a report on arbitrary detention for the purpose of recruiting registered in the country between the months of January and July 2015. This is the period immediately following the notification of the judgment T-455 of the Constitutional Court, which explicitly prohibits them. However, the report notes that such arrests are still practicing “systematically”.